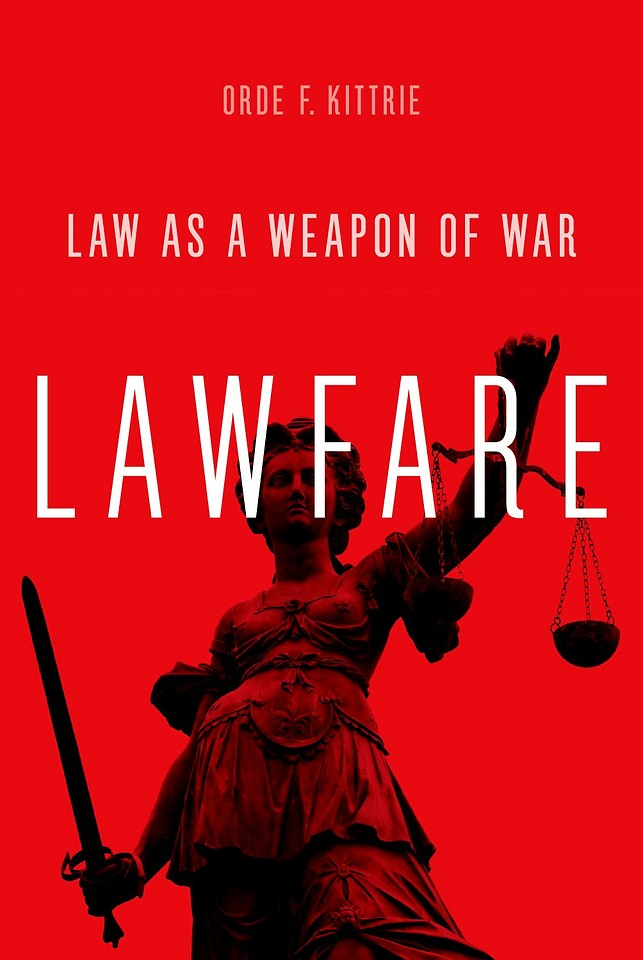 Lawfare: Law as a Weapon of War

International military interventions can be extremely costly in terms of monetary resources, logistical challenges, and possible soldier and civilian casualties, as well as the potential for catastrophic results to international relations and agreements. In one such example of these enormous potential costs, the US and UK wished to stop a Russian ship from delivering ammunition to the Assad regime in Syria in 2012. Intercepting or confronting a Russian ship in transit could have erupted into open conflict, so they sought an alternative, non-confrontational maneuver: instead of military intervention, the UK persuaded the ship's insurer, London's Standard Club, to withdraw the ship's insurance.

This loss of insurance caused the ship to return to Russia, thus avoiding an international clash as well as the delivery of deadly weapons to Syria. This use of legal maneuvering in lieu of armed force is known as "lawfare" and is becoming a critical strategic platform. In Lawfare, author Orde Kittrie's draws on his experiences as a lawfare practitioner, US State Department attorney, and international law scholar in analyzing the theory and practice of the strategic leveraging of law as an increasingly powerful and effective weapon in the current global security landscape.

'Lawfare' incorporates case studies of recent offensive and defensive lawfare by the United States, Iran, China, and by both sides of the Israeli-Palestinian conflict and includes dozens of examples of how lawfare has thus been waged and defended against. Kittrie notes that since private attorneys can play important and decisive roles in their nations' national security plans through their expertise in areas like financial law, maritime insurance law, cyber law, and telecommunications law, the full scope of lawfare's impact and possibilities are just starting to be understood. With international security becoming an ever complicated minefield of concerns and complications, understanding this alternative to armed force has never been more important.

Lawfare: Law as a Weapon of War