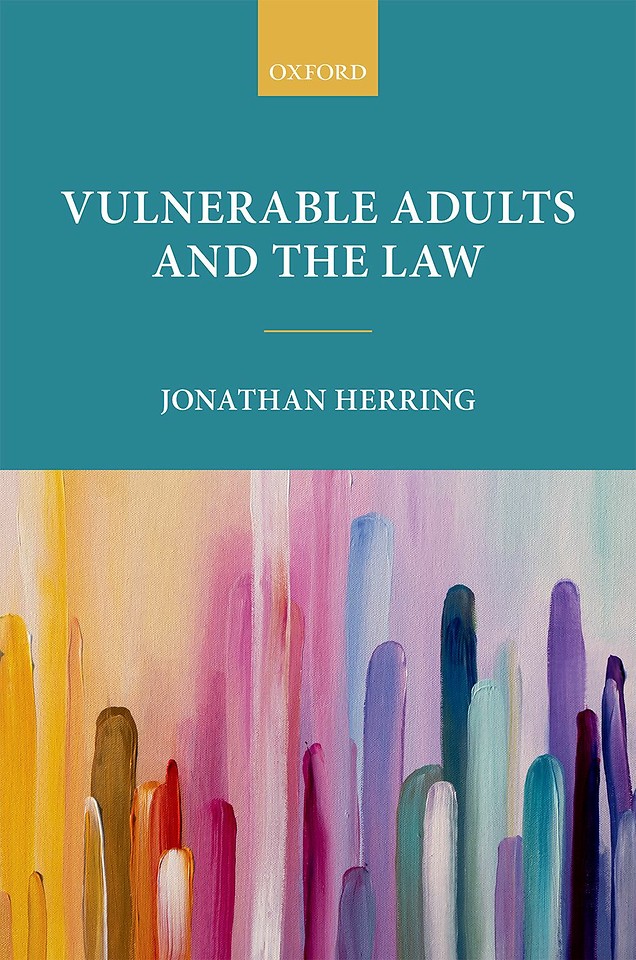 Jonathan Herring is Professor of Law at Exeter College, University of Oxford. He is a widely published author across several disciplines, including criminal law, family law, and legal ethics.

Vulnerable Adults and the Law

We are used to thinking that most people have the capacity to make their own decisions; that they should be free to decide how to live their lives; and that it is a good thing to be self-sufficient. However, in an examination of the legal position of vulnerable adults, understood as those who have capacity under the Mental Capacity Act 2005 but are deemed impaired through vulnerability in their exercise of decision making powers, Jonathan Herring challenges that assumption. Drawing on feminist and disability perspectives he argues that we are all in fact, 'vulnerable' and we need to replace the competent, able-bodied, independent person as the norm which the law is based on and instead fashion which recognises our interdependence and mutuality.

At the heart of the law is a distinction between those who have capacity and those who do not. Those who have capacity are given the full rights of the law; they are entitled to enter contracts, dispose of their property, are able to marry. Those who are deemed to lack capacity are unable to make these decisions. Their decisions are made on their behalf based on an assessment of what is in their best interests. This approach is underpinned by the principle of autonomy, and is problematic for those who are deemed 'vulnerable'. The Court of Protection and the Court of Appeal have developed a jurisdiction to deal with cases involving vulnerable adults which has been used in a wide range of cases from those involving people with early stage dementia to cases of forced marriage. This development of law has proved controversial and the courts have struggled to draw its limits and explain the justification for it.

Jonathan Herring welcomes the courts willingness to protect vulnerable adults through the inherent jurisdiction, but argues that we need to go much further. It is not just particular groups such as 'the elderly' or 'the disabled' who are vulnerable, but rather vulnerability is part of the human condition. This means that caring relationships are of central significance to our society and should be at the heart of the legal system.

Jonathan Herring is Professor of Law at Exeter College, University of Oxford. He is a widely published author across several disciplines, including criminal law, family law, and legal ethics.

Vulnerable Adults and the Law