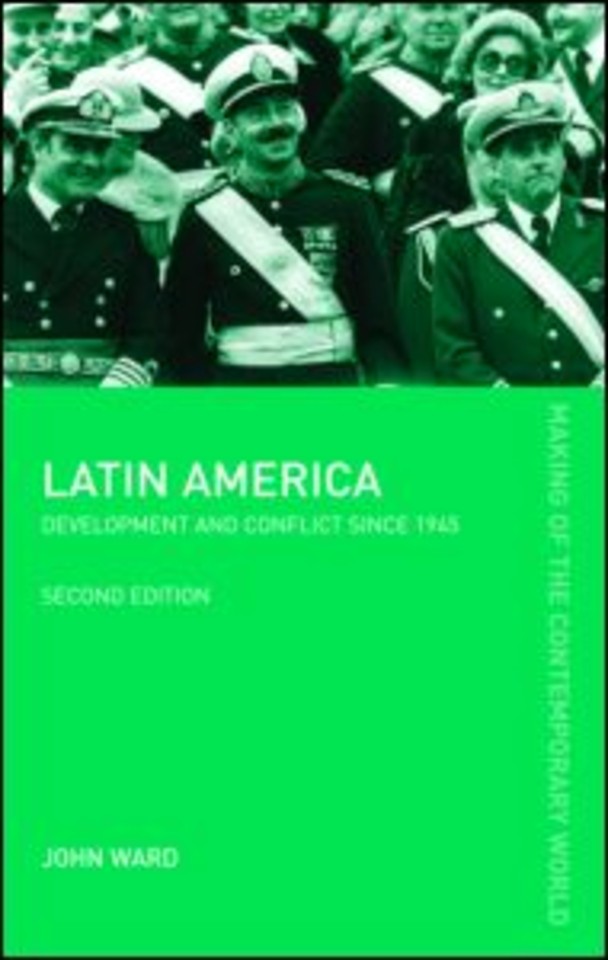 Making of the Contemporary World

Development and Conflict since 1945

Bringing the story up-to-date, this expanded new edition takes into account recent developments including Argentina's 2001 debt default and the 2002 presidential election in Brazil. Latin America provides an introduction to the economic and political history of the region in the last half century.

Beginning with a brief history of Latin America since 1492, John Ward discusses the interactions between economic, political and social issues. The discussions includes:

* the long-term background to the 1980s debt crisis
* the effects of neo-liberal free market reforms
* relations with the United States and the wider world
* welfare provision in relation to wider economic issues
* social trends as reflected by changes in the status of women
* globalization and environmental debates
* comparisons with the more dynamic East Asian economies.

Also including biographies of the leading figures of the period and an expanded bibliography, it will provide central reading to Latin American history students, researchers and the interested general reader.

Making of the Contemporary World