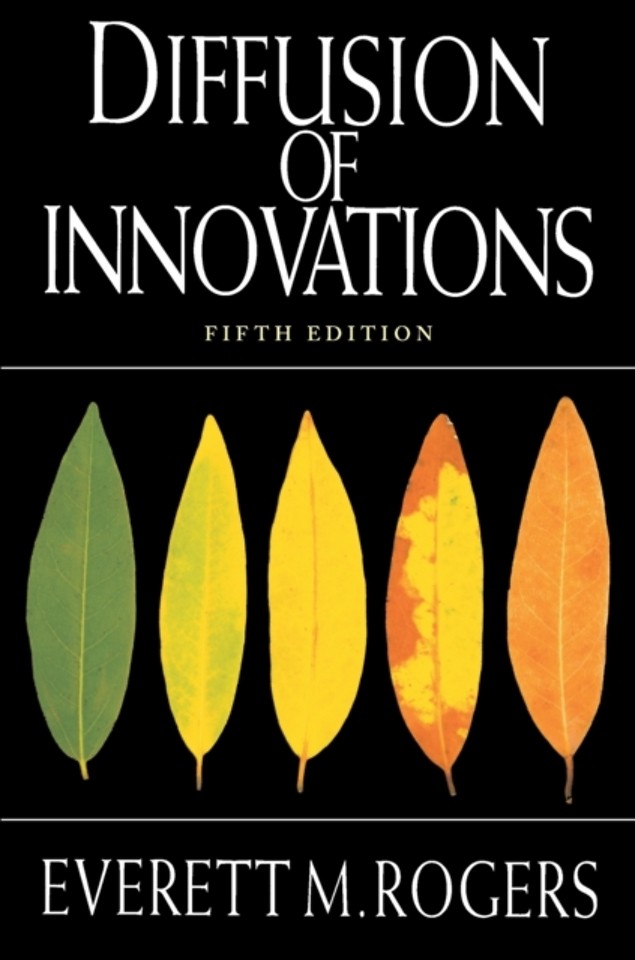 Now in its fifth edition, Diffusion of Innovations is a classic work on the spread of new ideas.

In this renowned book, Everett M. Rogers, professor and chair of the Department of Communication & Journalism at the University of New Mexico, explains how new ideas spread via communication channels over time.

Such innovations are initially perceived as uncertain and even risky. To overcome this uncertainty, most people seek out others like themselves who have already adopted the new idea. Thus the diffusion process consists of a few individuals who first adopt an innovation, then spread the word among their circle of acquaintances-a process which typically takes months or years.

But there are exceptions: use of the Internet in the 1990's, for example, may have spread more rapidly than any other innovation in the history of humankind. Furthermore, the Internet is changing the very nature of diffusion by decreasing the importance of physical distance between people. The fifth edition addresses the spread of the Internet, and how it has transformed the way human beings communicate and adopt new ideas.