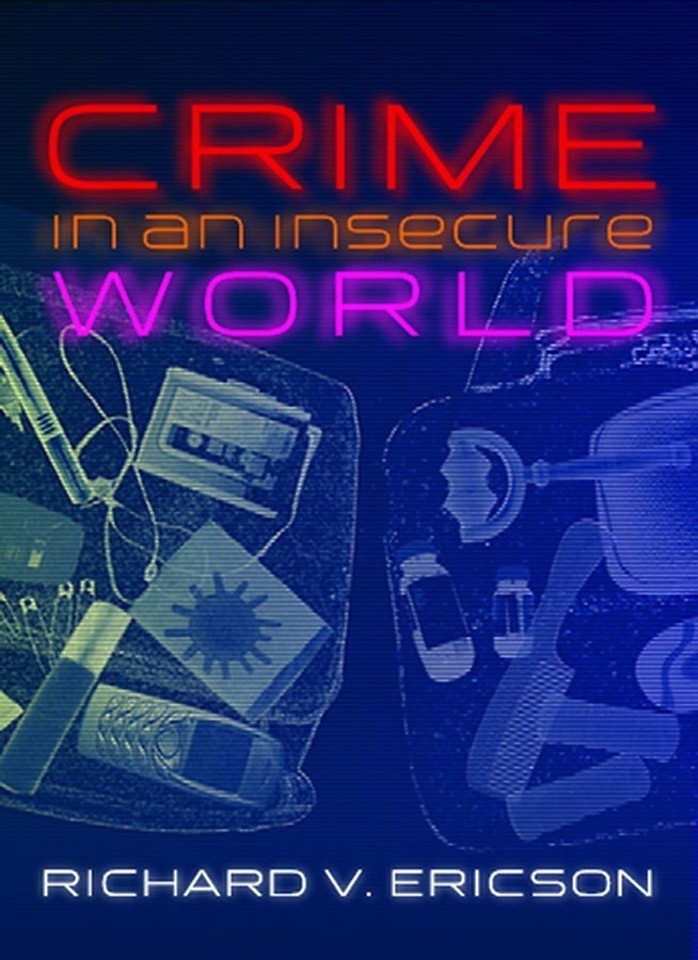 Crime in an Insecure World

Crime in an Insecure World investigates the alarming trend across Western societies of treating every imaginable source of harm as a crime. It locates this trend in the 21st century obsession with insecurity fostered by neo–liberal governments. It explains why selected issues of national security (threats of terrorism), social security (benefit system integrity), corporate security (liabilities for harm) and domestic security (anti–social behaviour) are at the top of the political agenda. It documents how this politics of insecurity leads to enormous expenditures on risk assessment and management that ironically reveal the limits of risk–based reasoning and intensify uncertainty. Catastrophic imaginations are fuelled, precautionary logics become pervasive, and extreme security measures are institutionalized.
The security measures include the invention of disturbing new forms of ?counter law? or ?law against law?. Counter law criminalizes not only those who actually cause harm, but also those merely suspected of being harmful, as well as authorities who are deemed responsible for security failures. Traditional principles, standards and procedures of criminal law are eroded or eliminated altogether, and civil and administrative law become more salient in processes of criminalization. Counter law also involves the innovative expansion of surveillance technologies and networks. CCTV, smart cards, data matching, data mining, and private policing all facilitate criminalization of the merely suspicious and security failures. Security trumps justice, and uncertainty proves itself.
This book is grounded in leading–edge theory and research across academic disciplines. It contributes to the most critical and contested debates in 21st century politics. It is of great interest not only to students of politics, sociology, law, criminology, risk management and public policy, but also to the general reader.

Crime in an Insecure World