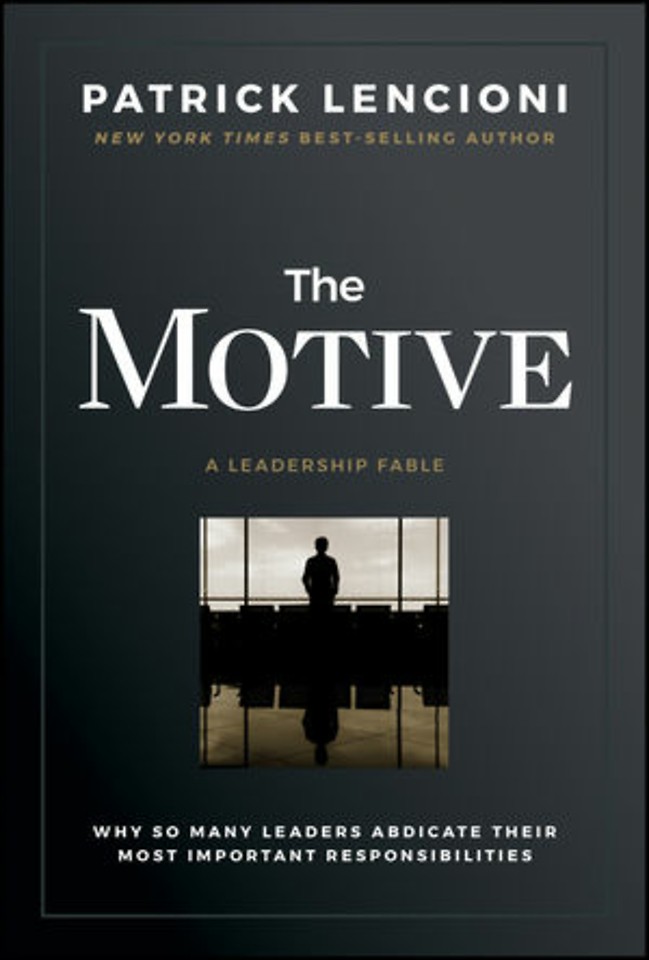 Why So Many Leaders Abdicate Their Most Important Responsibilities

Shay was still angry but shrugged nonchalantly as if to say, it’s not that big of a deal. “So, what am I wrong about?”

“You’re not going to want to hear this, but I have to tell you anyway.” Liam paused before finishing. “You might be working hard, but you’re not doing it for the company.”

“What the hell does that mean?” Shay wanted to know.

Knowing that his adversary might punch him for what he was about to say, Liam responded. “You’re doing it for yourself.”

New York Times best-selling author Patrick Lencioni has written a dozen books that focus on how leaders can build teams and lead organizations. In 'The Motive', he shifts his attention toward helping them understand the importance of why they’re leading in the first place.

In what may be his edgiest page-turner to date, Lencioni thrusts his readers into a day-long conversation between rival CEOs. Shay Davis is the CEO of Golden Gate Alarm, who, after just a year in his role, is beginning to worry about his job and is desperate to figure out how to turn things around. With nowhere else to turn, Shay receives some hard-to-swallow advice from the most unlikely and unwanted source-Liam Alcott, CEO of a more successful security company and his most hated opponent.

Acknowledgments 171
About the Author 173