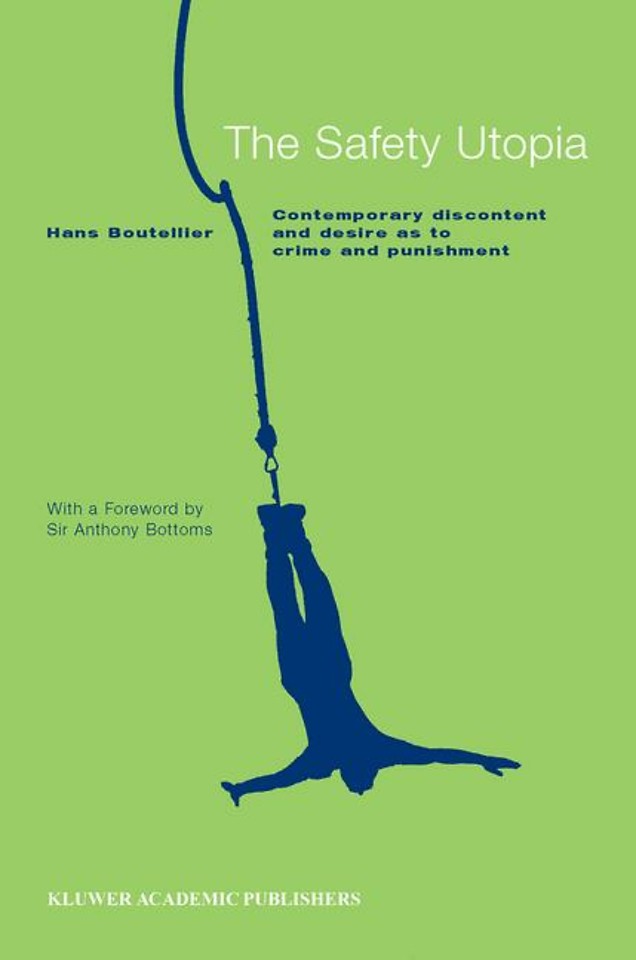 Contemporary Discontent and Desire as to Crime and Punishment

My ?rst encounter with the world of crime and punishment was more than two decades ago, and it has since undergone vast changes. No one could have foreseen that crime-related problems would occupy such a prominent position in cultural awareness. Crime is on the rise, the public attention devoted to it has increased even more, and its political importance has mushroomed. The major change in the 1990s was perhaps the transformation of crime into a safety issue. Crime is no longer a matter involving offenders, victims, the police and the courts, it involves everyone and any number of agencies and institutions from security companies to the local authorities and from schools to pub and restaurant owners. Crime has become a much larger complex than the judicial system—a complex organized mentally and institutionally around this one concept of safety. In this book I make an effort to get to the bottom of this complex. It is the sequel to my dissertation Crime and Morality—The Moral Signi?cance of Criminal Justice in a Postmodern Culture (2000), where I hold that the victim became the essence of crime in Western culture, and that this in turn shaped public morality. In the second half of the twentieth century, a personal morality based on an awareness of our own and other people’s vulnerability, i. e. potential victimhood, succeeded the ethics of duty.

Morality and Risks.- Realistic Discontent and Utopian Desire.- The Safety Utopia.- Characters and Manifestations.- The Pornographic Context of Sex Crimes.- Senseless Violence and the Sound of Silent Marches.- The Controversial Victim and the Offender.- Punishment, Control and Democracy.- The Changing Significance of Criminal Justice.- Criminal Proceedings as Tragedy.- Democratic Safety Policy.- Closing Comments.