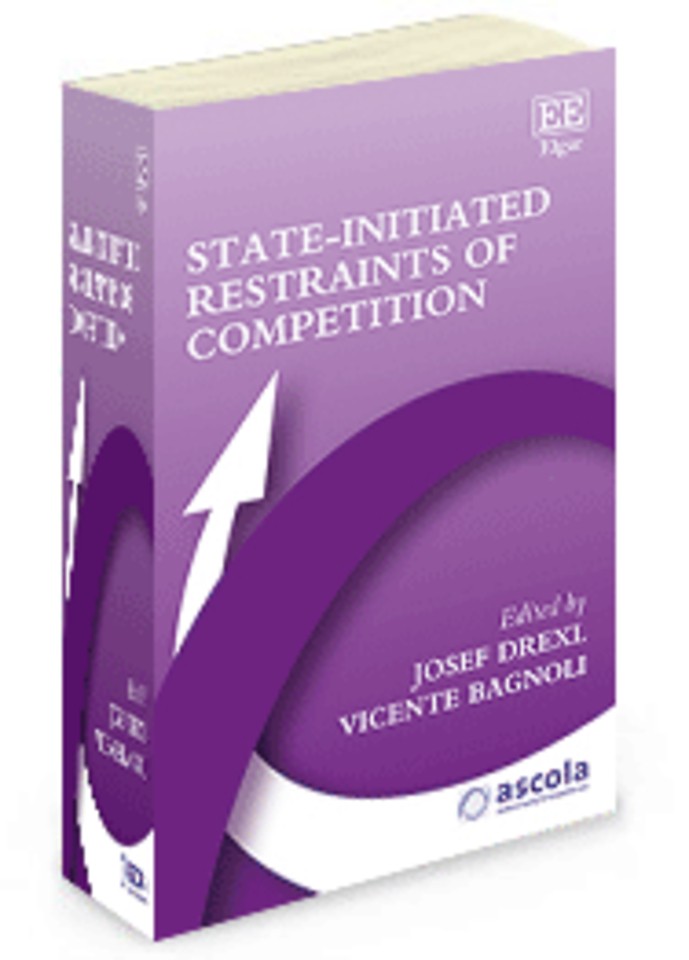 States influence competition in the market in various ways. They often act themselves as market participants through state-owned enterprises. They regulate markets and specific sectors of the economy such as public utilities in particular. In some instances, market regulation explicitly aims to promote competition in the market. In other instances, regulatory schemes and decisions may inadvertently distort competition or openly promote conflicting objectives and even anti-competitive goals. Furthermore, states can distort competition among firms when they act as purchasers of goods and services as well as when they grant subsidies to individual firms. This book assembles contributions by competition law scholars who present new insights on the diversity of problems and challenges arising from state-initiated restraints of competition in jurisdictions from all around the world, not only including the EU and the US, but also Latin American countries, China, India and Australia.

Further information
This new book addresses important current problems and challenges arising from a large variety of state-initiated restraints. Beyond state-owned enterprises, rules on government procurement and the control of state subsidies, the contributions also analyse forms of regulation that either distort competition or manage to introduce competition in the market.

The contributions of leading competition law scholars cover state-initiated restraints of competition in many jurisdictions, including the US, the EU, Australia, and Asian and Latin American countries.

Competition and trade law scholars will find this book both relevant and insightful. Regulators and competition agencies, representatives of international organizations and competition law practitioners will also find this to be an invaluable resource of information from which they can take new inspiration.

3. The Principle of Subsidiarity as the Essential Restriction on Peruvian State Business Activity under Pro-Competitive Conditions
Tania Zuñiga Fernández

4. The Competition Dimension of the European Regulation of Public Sector Information and the Concept of an Undertaking
Josef Drexl

7. The Competition Policy Dimension of Water and Sanitation Services in Brazil
Gesner Oliveira

PART 3 ANTI-COMPETITIVE MARKET INTERVENTION AND REGULATION
9. The Suppression of the Competition Policy Agenda in the Context of an Over-Regulated Economy: The Case of Venezuela
Claudia Curiel Leidenz

10. Competition and the Imposition of Investment Targets in the Brazilian Pay-TV Market
Arthur Barrionuevo and Pedro Dutra