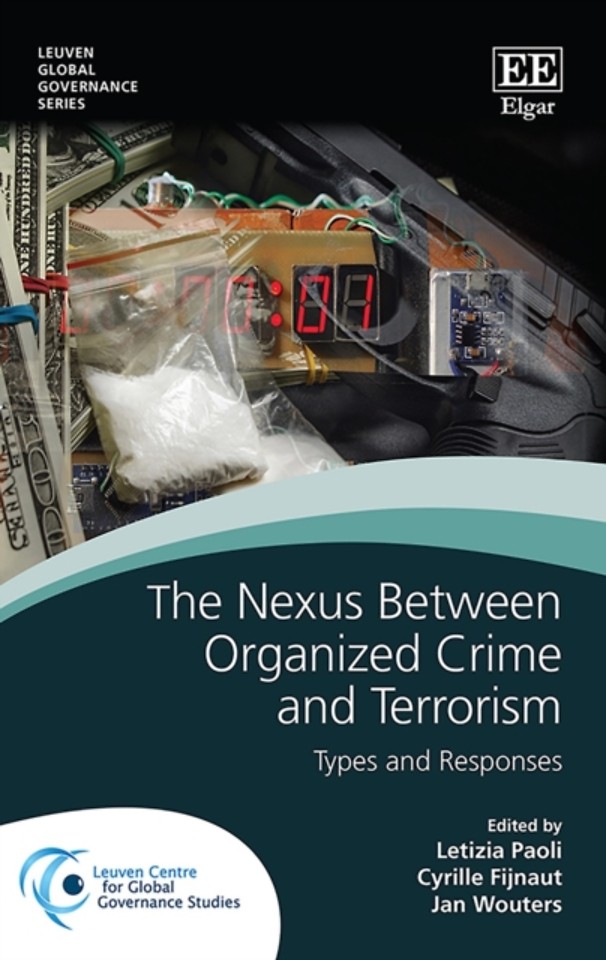 The Nexus Between Organized Crime and Terrorism

In the post-9/11 era, the nexus between organized crime and terrorism has raised much concern and has been widely discussed in both academic and policy circles, but is still largely misunderstood. This critical book contributes innovatively to the debate by distinguishing three types of nexus—interaction, transformation/imitation and similarities—and identifying the promoting factors of each type.

With its multifaceted but complementary chapters, the book provides conceptual and theoretical frameworks for readers, as well as the evidence needed to develop more realistic, effective and humane policies to tackle organized crime, terrorism and the nexuses between them. Bringing together a range of international multidisciplinary specialists, it includes three comparative analyses of worldwide transfers of personnel, weapons and money between organized crime and terrorism and 12 case studies examining local manifestations of the nexus in Africa, Asia, Europe and the Americas. Two other chapters further review the national, European and international policies adopted and implemented so far to deal with the different nexuses.

This book will be a valuable resource for researchers and policymakers in the fields of comparative law, criminal law and justice and public policy, who specialize in the analysis and control of organized crime and terrorism. It will also appeal to senior law enforcement officials and practitioners due to the counterintuitive policy implications drawn from the comparative analysis of the findings.

1 Introduction to the nexus between organized crime and terrorism 1
Cyrille Fijnaut, Letizia Paoli and Jan Wouters

PART III EUROPEAN CASE STUDIES
7 The nexus between organised crime and terrorism, and the attacks in Paris and Brussels in 2015 and 2016 148
Cyrille Fijnaut
8 Assessing the involvement in organized crime of jihadists from the Netherlands 221
Anton Weenink, Melvin R.J. Soudijn and Rudie J.M. Neve
9 Legal and law enforcement implications arising from the organized crime–terrorism nexus in Northern Ireland 239
Tom Obokata
10 To what extent was Basque terrorist group ETA involved in a nexus with organized crime? An economic analysis 258
Mikel Buesa and Thomas Baumert
11 Sweden: violent extremism and organized crime 276
Lars Korsell

PART V INTERNATIONAL POLICIES
18 Responding to the crime–terror nexus: the international level 434
Christophe Paulussen and Colin P. Clarke
19 The nexus between organized crime and terrorism: policy responses from the European Union and the Council of Europe 452
Thomas Van Poecke and Jan Wouters

The Nexus Between Organized Crime and Terrorism