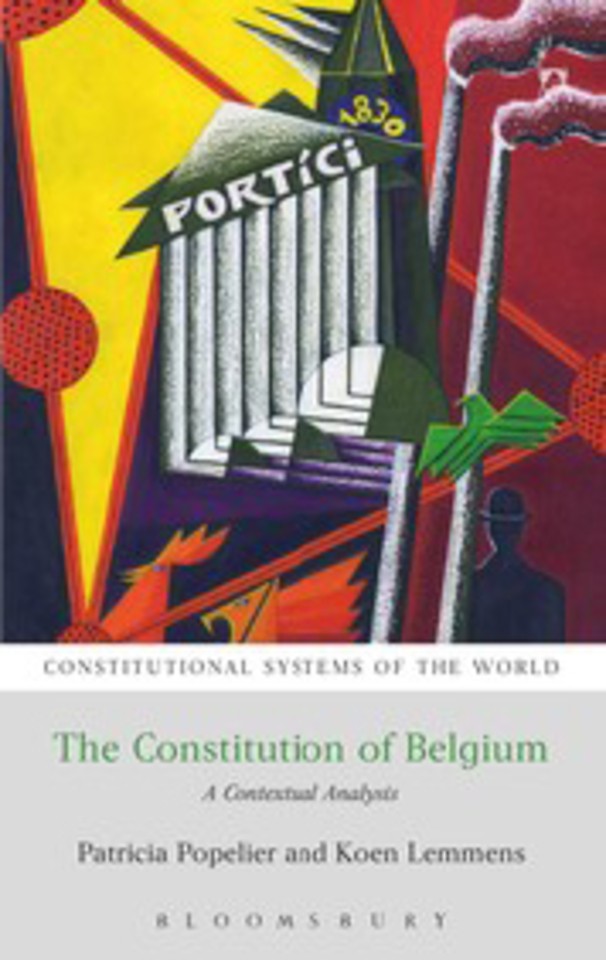 Patricia Popelier is Professor of Constitutional Law at the University of Antwerp.

The Constitution of Belgium

The Belgian Constitution, once described as a model of consensus democracy, has now become an enigma in comparative federalism. On the one hand, it demonstrates features which suggest institutional instability as well as elements that enhance the probability of secession. On the other hand, Belgium continues to exist as a federal system, based upon linguistic bipolarity.

This linguistic bipolarity dominates Belgian politics and has shaped the design of Belgium's institutions as well as the Constitution's fundamental organising principles: concepts of federalism, democracy, separation of powers, constitutionalism and the rule of law. In this book, the institutional structure and the principles governing the Belgian constitutional system are explained in the light of its historical, demographic and political context. Linguistic bipolarity and its historical evolution explain the establishment of the Belgian State structure as a dual federalism, with exclusive powers, instruments for consensus making and obstruction, and elements of confederal decision making.

It also explains the evolution in the concept of principles of democracy and the rule of law. Besides describing the devolutionary process, the book also incorporates two other elements that have shaped the Belgian constitutional landscape: fundamental rights and Europeanisation.

Patricia Popelier is Professor of Constitutional Law at the University of Antwerp.

Koen Lemmens is Associate Professor of Human Rights at the Catholic University of Louvain.

Preface: A Constitution in Search of a Nation v
Table of Cases xv
Table of Legislation xxi

1. CONSTITUTIONAL PRINCIPLES: A HISTORICAL AND SOCIOLOGICAL ACCOUNT 1
PART I: THE HISTORICAL BACKGROUND OF THE CONSTITUTION 1
PART II: NATIONAL SOVEREIGNTY AND A ‘ MUZZLED ’ KING 8
A. National Sovereignty 9
B. A Parliamentary Monarchy: The King ’ s Powers Limited 14
PART III: THE TRANSFORMATION OF THE UNITARY DECENTRALISED STATE INTO A FEDERAL STATE: SIX IMPORTANT STATE REFORMS 15
A. Before 1970 18
B. The 1970 Reform: The Foundations of the New State 25
C. The 1980 Reform: The Regions Come Alive 26
D. The 1988 Reform: The Creation of the Brussels-Capital Region 27
E. The 1993 Reform: Federalism at Last 28
F. The 2001 – 2003 Reform: Without Modifying the Constitution 29
G. The 2012 – 2013 Reform: A Long Journey to 31
Conclusion 32
Further Reading 33

2. THE FUNDAMENTAL PRINCIPLES OF THE BELGIAN CONSTITUTION 35
PART I: CONSTITUTIONALISM 37
A. The Constitution 37
B. The Rechtsstaat 46
C. The Separation of Powers 58
PART II: THE DEMOCRATIC PRINCIPLE 64
A. Constitutional Concepts of Democracy 64
B. Challenges 66
PART III: FEDERALISM AND MULTILEVEL GOVERNANCE 67
Conclusion 69
Further Reading 70

3. FEDERALISM AND THE MULTILEVEL STRUCTURE OF GOVERNMENT 71
PART I: FEATURES 71
A. General Features 72
B. Particular Features 75
C. Future Prospects 85
PART II: ALLOCATION OF COMPETENCES 89
A. Residual Powers 90
B. Techniques for the Allocation of Powers 90
C. Processes for Changing the Distribution of Powers 91
PART III: SUBNATIONAL CONSTITUTIONALISM 94
PART IV: BRUSSELS 97
PART V: BELGIUM IN THE EUROPEAN UNION 100
A. Constitutional Hubs for European Integration 101
B. Capturing Tri-Level Dynamics in the Constitutional System 103
Conclusion 104
Further Reading 105

4. THE LEGISLATIVE BRANCH 107
PART I: PARLIAMENTARY GOVERNMENT AND POLITICAL PARTIES 107
A. The Crucial Role of Political Parties in the Belgian System of Parliamentary Government 107
B. Status and Financing of Political Parties 109
PART II: THE ELECTORAL SYSTEM 112
A. Voting Rights and Quotas 112
B. Principles of the Electoral System 113
PART III: BICAMERALISM 116
PART IV: FUNCTIONS 119
A. The Legislative Function 120
B. The Power of the Purse 125
C. Parliamentary Control 128
D. Foreign Affairs and Military Matters 129
PART V: MEMBERS OF PARLIAMENT: LEGAL STATUS 131
PART VI: DISSOLUTION OF PARLIAMENT 136
PART VII: PARLIAMENT AND EUROPEAN INTEGRATION 137
Conclusion 139
Further Reading 140

5. THE EXECUTIVE POWER AND ADMINISTRATION 143
PART I: THE KING AS HEAD OF THE EXECUTIVE POWER 143
PART II: GOVERNMENT AS THE HEART OF THE EXECUTIVE 148
A. Council of Ministers (The Federal Cabinet) 149
B. Council of Ministers and State Secretaries 153
C. The Inner Cabinet ( Het Kernkabinet ) 154
D. The Crown Council 155
PART III: COMPETENCES 155
A. Nomination of Ministers, Secretaries of State and Civil Servants 156
B. Execution of Laws 158
C. Foreign Affairs 160
D. Defence 162
PART IV: LEGAL STATUS 163
A. The King 163
B. The Ministers and the Secretaries of State 166
PART V: POLITICAL AND LEGAL ACCOUNTABILITY 170
PART VI: ADMINISTRATION AND PUBLIC SERVICES 173
PART VII: CURRENT AFFAIRS 176
Conclusion 179
Further Reading 179

The Constitution of Belgium