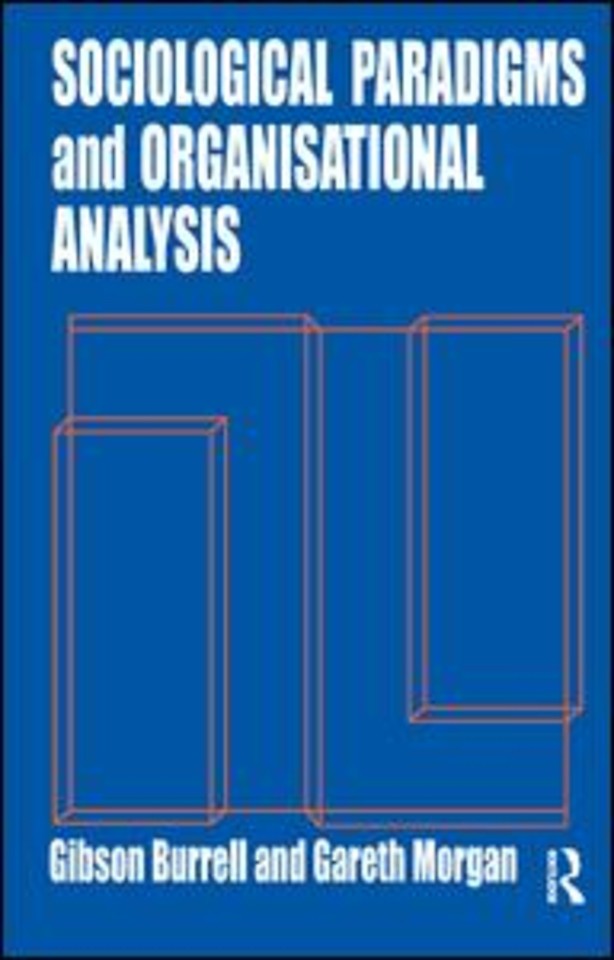 Elements of the Sociology of Corporate Life

The authors argue in this book that social theory can usefully be conceived in terms of four broad paradigms, based upon different sets of meta-theoretical assumptions with regard to the nature of social science and the nature of society. The four paradigms - Functionalist, Interpretive, Radical Humanist and Radical Structuralist - derive from quite distinct intellectual traditions, and present four mutually exclusive views of the social work. Each stands in its own right, and generates its own distinctive approach to the analysis of social life. The authors provide extensive reviews of the four paradigms, tracing the evolution and inter-relationships between the various sociological schools of thought within each. They then proceed to relate theories of organisation to this wider background. This book covers a great range of intellectual territory. It makes a number of important contributions to our understanding of sociology and organisational analysis, and will prove an invaluable guide to theorists, researchers and students in a variety of social science disciplines. It stands as a discourse in social theory, drawing upon the general area of organisation studies - industrial sociology, organisation theory, organisational psychology, and industrial relations - as a means of illustrating more general sociological themes. In addition to reviewing and evaluating existing work, it provides a framework for appraising future developments in the area of organisational analysis, and suggests the form which some of these developments are likely to take.