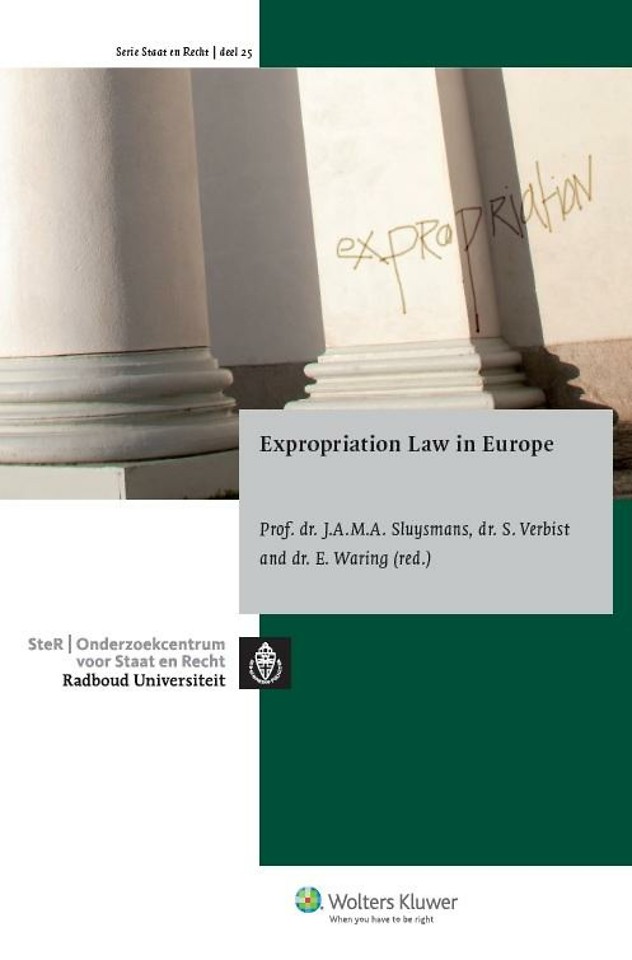 How can land be expropriated across Europe? What common themes might there be, if any, in this area of the law? What lessons can we learn from a comparative analysis of expropriation?

In 'Expropriation Law in Europe', Sluysmans, Verbist and Waring (eds) present the first comparative overview of expropriation law in Europe covering 15 different jurisdictions. Compulsorily taking land, even with the payment of compensation, has long been politically and socially contentious.

Today, concerns about controlling expropriation have been exacerbated by globalization, expropriation for economic development purposes, and the increasing influence of the European Convention on Human Rights.

Expropriation Law in Europe thus provides, for the first time, a necessary and fascinating survey of expropriation law across Europe. Geographically, the book covers a large swathe of Europe from Norway to Spain, Ireland to Greece, via Belgium, Bulgaria, the Czech Republic, England, France, Germany, Hungary, Italy, The Netherlands, Poland and Sweden. Expert contributors in each jurisdiction have written country-specific chapters describing the operation of national laws on expropriation.