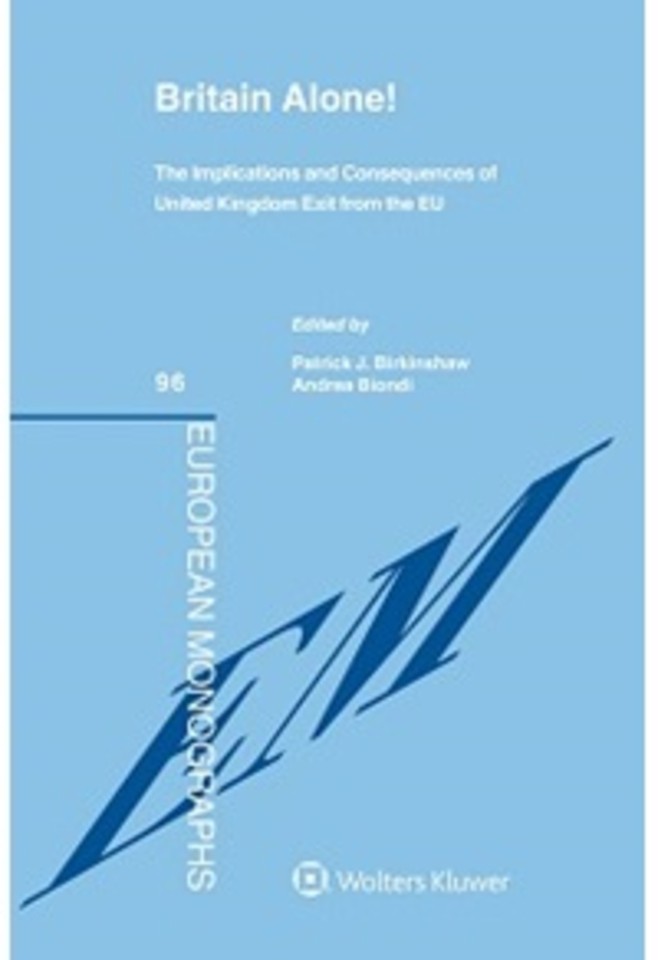 The Implications and Consequences of United Kingdom Exit from the EU

The United Kingdom has been a member of the European Union for forty three years. Although EU membership has brought numerous indisputable benefits, anti-EU sentiment, simmering for decades, has now reached the point where an upcoming referendum could quite possibly lead to exit from the Union – an enormously topical issue dubbed ‘Brexit’.

This very timely book addresses the major concerns and uncertainties associated with this looming prospect. Outstanding scholars of British constitutional law and EU law discuss such factors as the impact of EU membership on the UK constitution and the perspectives of the UK’s constituent regions, along with numerous practical issues of economics and administration.

With Brexit becoming the largest single issue to affect the United Kingdom’s place in the world, this volume is certain to be widely read and referenced in the time before, during, and after the referendum. It will also remain of great value as social, political, and economic events unfold in the post-referendum United Kingdom.

CHAPTER 6 Which Options would Be Available for the United Kingdom in the Case of a Withdrawal from the EU? Jean-Claude Piris

CHAPTER 7 The UK and the World: Environmental Law Ioanna Hadjiyianni

CHAPTER 9 Judicial Protection and the UK’s Opt-Outs: Is Britain Alone in the CJEU? Maria Kendrick

CHAPTER 11 From EU Citizens to Third-Country Nationals: The Legacy of Polydor Marja-Liisa Öberg

CHAPTER 14 The United Kingdom without the Charter of Fundamental Rights of the European Union: Putting Down the Dog That Did Not Bark? Kieron Beal QC.