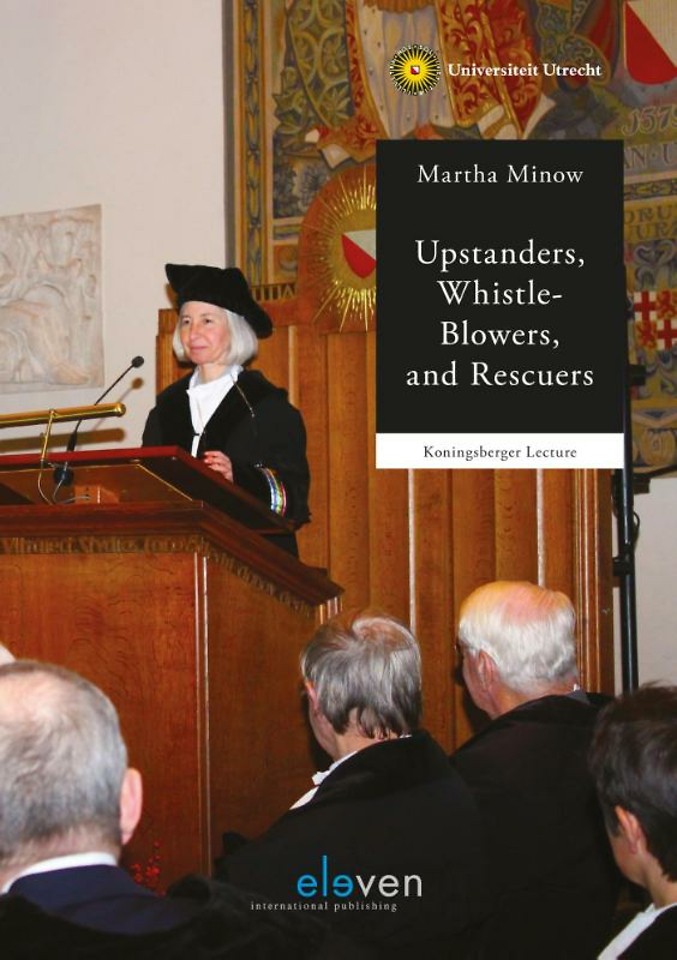 ‘My conscience compels me to commemorate here with deep sadness and bitter disappointment the discharging from their positions of some of my Dutch colleagues, solely because of their ancestry or religious beliefs.’

With these words, Utrecht scientist Professor Victor Koningsberger started his public lecture on 25 November 1940, thus becoming the first professor in the Netherlands to publicly stand up for the Jewish colleagues who were discharged from the university by the German occupiers. In their honour, Utrecht University has initiated the annual Koningsberger Lecture. In this way, the university wishes to keep alive Koningsberger’s principled act of defiance against the German occupiers as an example of the possible need for such acts to permanently guarantee fundamental rights for present and future generations. At the centre of this notion is the importance of core human rights, such as the right to equality regardless of race or religion, as well as of the constitutional state and the principles of democracy. Each year the Koningsberger Lecture is given by someone who made his or her mark on this field.