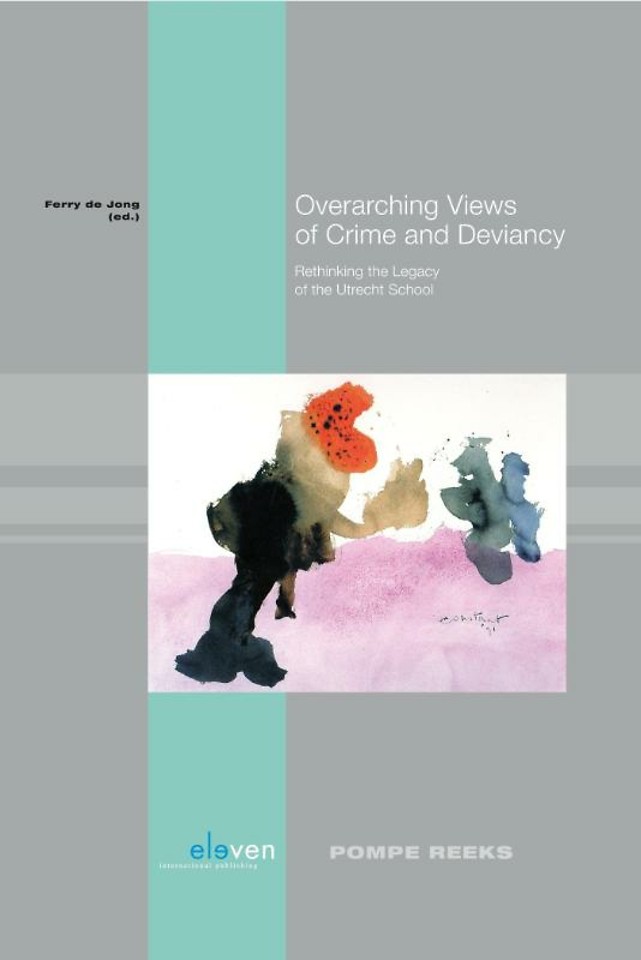 Overarching Views of Crime and Deviancy

Rethinking the Legacy of the Utrecht School

On October 1st 1934 Willem P.J. Pompe (1893-1968), Professor of Criminal Law at Utrecht University between 1928 and 1963, founded the ‘Criminological Institute’ (Criminologisch Instituut) within the Faculty of Law of Utrecht University. Pompe initiated a rather influential academic movement, based on multidisciplinary cooperation between jurists, criminologists and psychiatrists. This academic movement is commonly referred to as ‘the Utrecht School’, which had its heyday in the 1950s.

This book is written with the aim of adding lustre to this festive occasion. The central theme chosen for this collection of chapters is crossborder research in the fields of criminal law, penitentiary law, criminology, and forensic psychology and psychiatry. Besides a prologue and a postscript, the book contains twenty-three chapters, clustered in five parts. This first part consists of contributions that primarily address the history and research tradition of the Institute. Parts two to five each contain a number of contributions that represent the current state of the research activities at the Institute, and cover a variety of contemporary issues in, respectively, general criminal law and criminal procedure, in regulatory criminal law, European criminal law, juvenile criminal law, and penitentiary law, in forensic psychology and psychiatry, and in criminology.

Chapter 8
The Tolerance of Intolerance 253
An evaluation of the scope of Articles 137c and 137d of the Dutch Criminal Code
Joske Graat & Marlien van Duursen
1 Introduction 253
2 Article 10 ECHR: general framework 255
3 The two provisions in a nutshell 256
4 The case law discussed 257
5 Conclusion 268

Chapter 11
The Role of Financial Capacity in Dutch Confiscation Law: Changes in Legislation and an Alternative Approach 311
Wouter de Zanger
1 Introduction 311
2 Dutch confiscation law 313
3 The role of financial capacity 316
4 Implications for the legal position of the convicted person 320
5 The role of future financial capacity: an alternative approach in light of a rehabilitative perspective 325
6 Conclusion 329

Chapter 20
In the Wake of War: A Cultural Criminological Perspective on the Growth of the Sex Industry in Kosovo 507
Roos de Wildt
1 Introduction 507
2 The cultural criminological perspective 510
3 Meaning of post-war prostitution in Kosovo 511
4 Obscured causes for the growth of the Kosovar sex industry 515
5 Effects of a one-sided representation 521
6 Concluding remarks 523

About the authors and editors 607

Overarching Views of Crime and Deviancy