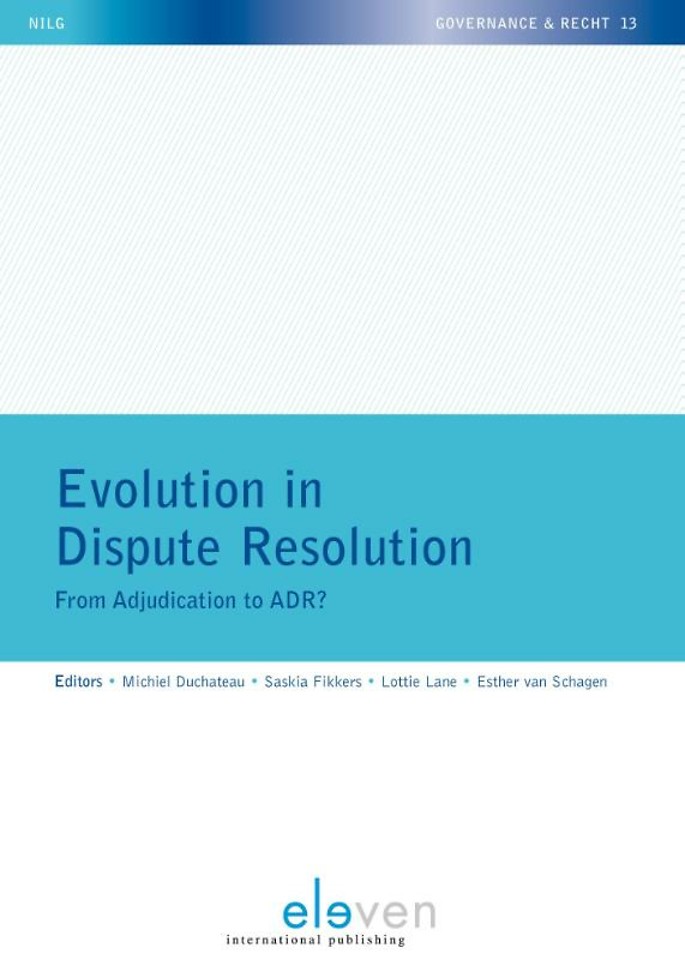 From Adjudication to ADR?

The governance of dispute settlement is evolving in order to cope with a changing world, taking on many forms in many contexts. There is no general model for ‘the’ best way of settling disputes. Instead, what is the most suitable way of settling disputes highly depends on contextual factors, such as the nature of the parties involved, the nature of the relationship between them, the economic and/or moral value of the dispute, the cross-jurisdictional nature of the dispute, etc. This book aims to assess the way in which the nature of dispute resolution has evolved.

With one mostly conceptual chapter and three chapters that analyse examples from radically different contexts, it makes clear that disputes are evolved within vastly different governance structures. Considering similar questions in different contexts, the chapters show how the evolution of dispute resolution has not only been shaped by the nature of disputes themselves and the type of parties involved, but also by the values that different systems try to protect.

1. Sculpturing Adjudication as a Public Good: Competition between Jurisdictions as a Modeling Factor - Erlis Themeli

4. People’s Mediation in China: A Supplement to Litigation - Liuhu Luo