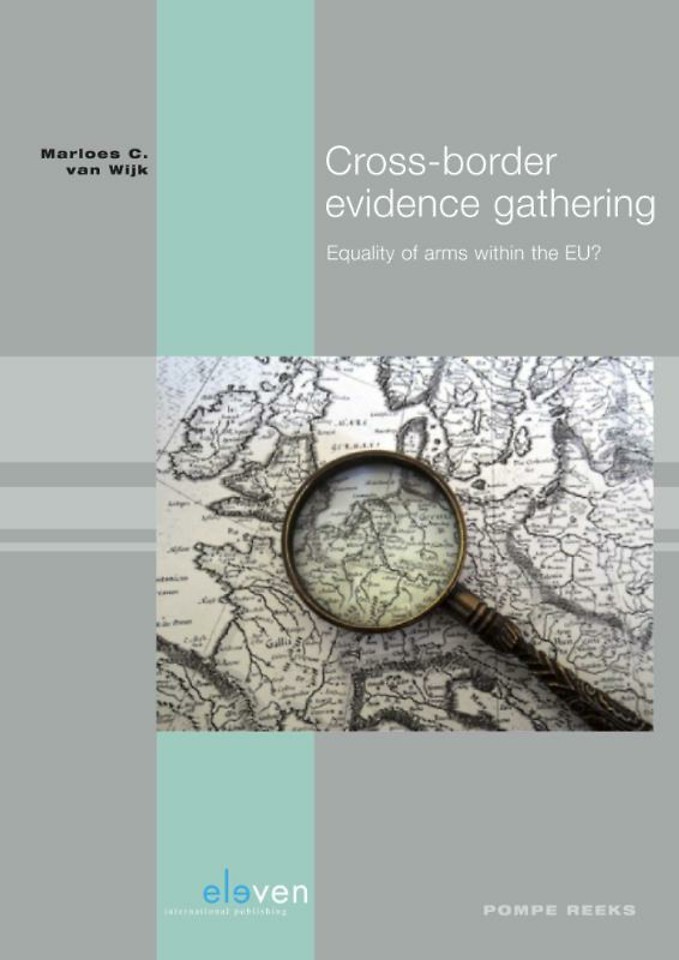 Equality of arms within the EU?

In order to develop an Area of Freedom, Security and Justice, the European Union is adopting measures to enhance international cooperation in criminal matters among the police and judicial authorities of its Member States. The adopted instruments concerning evidentiary matters, such as the gathering of evidence in another EU Member State, seem to serve the main purpose of assisting the authorities in investigating and prosecuting (cross-border) crime. This raises the question to what extent the defence is also given the possibility to gather information and materials in another EU Member State with the aim of preparing and presenting its case at trial and, in particular, whether the current (EU) legal framework on cross-border evidence gathering meets the requirements of the principle of equality of arms.

This book addresses these questions by, first of all, discussing the application of the principle of equality of arms, as enshrined in both Article 6 ECHR and Article 47 CFR, in cross-border criminal cases. Secondly, it provides an overview of the European treaties and legislation on cross-border evidence gathering to explain to what extent they give opportunities to the defence to request the assistance of foreign authorities in obtaining specific information and materials in another EU Member State, and also to participate in the execution of these requests.

In addition, in order to understand how the European treaties and legislation on cross-border evidence gathering are applied by the EU Member States, this book includes a comparative study of three national jurisdictions: the Netherlands, England and Wales, and Italy. Furthermore, it analyses the criminal justice system of the International Criminal Court, as a potential source of inspiration for new EU legislation to strengthen the ability of the defence to obtain evidence in another EU Member State.

This book is part of the so-called Pompe series, which contains publications by staff members of the Willem Pompe Institute for Criminal Law and Criminology in Utrecht, and by authors closely aligned to the school of thought for which the Institute is known. One of its main characteristics has always been the combination of legal and social-scientific approaches to problems of criminal law. The central theme of the Institute’s research programme is the protection and enforcement of fundamental rights in a changing world. Within that programme, research focuses on the position of vulnerable groups in relation to the state and on the significance of individual human rights in an international context.

Chapter 1 – Introduction
1 The research topic 1
1.1 Setting the scene: the position of the defence in international cooperation 1
1.2 The principle of equality of arms 4
1.3 The organisation of cross-border evidence gathering within the EU 5
1.4 A comparative analysis of national jurisdictions 6
1.4.1 The adversarial and the inquisitorial models 7
1.4.2 The selected national jurisdictions 9
1.5 The International Criminal Court 10
2 The research question 11
3 The methodology 11